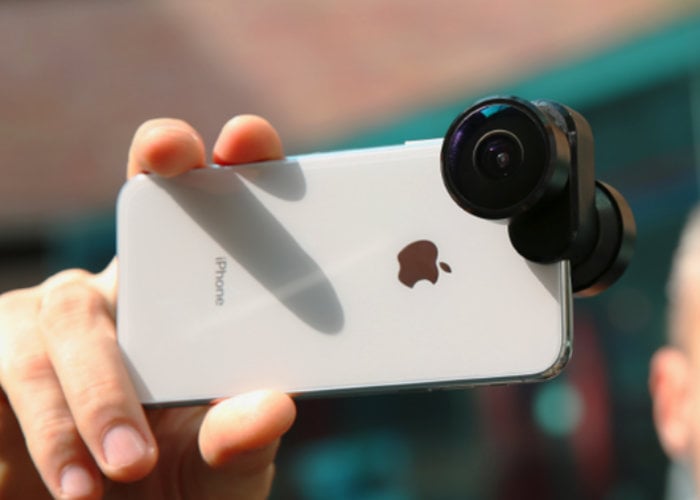 Smartphone photographers may be interested in a new powerful smartphone lens specifically created for mobile photography to capture anamorphic, wide-angle, fisheye and 360 from one lens. Watch the demonstration video below to learn more about the FusionLens 2.0 smartphone camera lens which has this week launched via Kickstarter and already raised its required pledge goal with still 28 days remaining on its campaign.

Pledges are available from £40 or $50 and worldwide shipping is expected to take place during March 2019. “FusionLens is a dual lens optical system for mobile photographers to capture stunning wide-angle videos and photos. We believe there are unlimited possibilities to capture a precious moment. This little piece of clip-on fulfils all the wishes a photographer would dream for, from anamorphic, 8mm wide-angle to 360 degree shooting.”

“Engineered for mobile photographers, FusionLens is a clip-on lens system for your smartphone. It is unlike any lenses. It is incredibly wide, engineered with 30mm lens module. It enables an iPhone camera to have over 180-degree field of view each camera, enabling ultra-wide field of view to allow you to capture anamorphic super-wide angle, just like a filmmaker does.”

For a full list of all available pledge options and more details on the smartphone camera lens that is capable of capturing super-wide anamorphic video in 23:9 jump over to the official campaign page by following the link below.