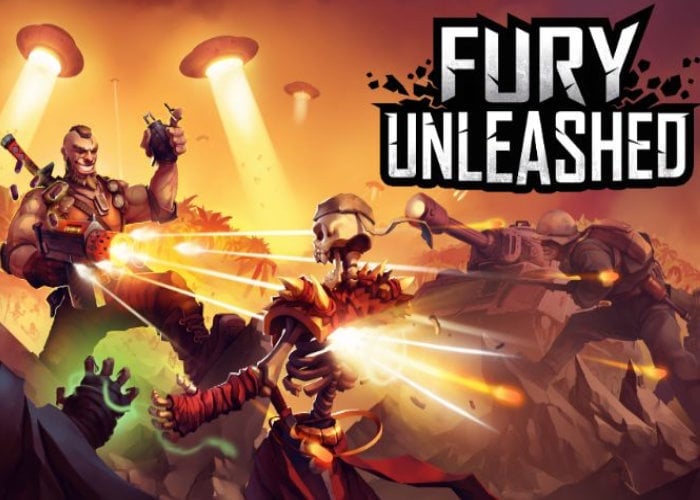 A new gameplay trailer has been released for Fury Unleashed providing a glimpse at what you can expect from the action platform currently under production and preparing to launch early in 2020. Fury Unleashed Will be available to play on the Xbox One, PlayStation 4, Nintendo Switch and PC and is now available via early access through Steam.

“Fury Unleashed is an action platformer where you shoot your way through the pages of an ever-changing comic book. Take advantage of unique combo system to unleash your fury and become a whirling tornado of destruction. Discover why your creator doubted in you and prove him wrong.

Your guns are your best friends, and ink is your most valuable resource – collect it from defeated enemies to permanently upgrade your hero. The more dynamic and brave your play style, the greater the rewards! But remember to stay focused at all times, or you will die sooner than you think and lose all equipment you found on your way.”

Features of Fury Unleashed include :

– Comic book setting – Play through the pages of a living comic book with Metal Slug inspired visuals.
– Intriguing storyline – Find out why is John Kowalsky, author of acclaimed Fury Unleashed series having a creativity crisis and see if you can help him deal with it.
– Local co-op mode – Bring in your sidekick to increase your chances and double the fun.
– Two game difficulties:
– Hard – for gamers who enjoy the challenge and are willing to improve if necessary.
– Easy – for those who prefer to explore the game and its storyline at their terms.
– Action platforming with 360° shooting – jump, dash, shoot and slash in any direction. Movement options are limitless, it’s up to you to choose the best angle to deal with a given set of enemies.
– Combo system – if you can kill enemies quickly enough, your power will increase and you will be able to take some hits without getting damaged. It’s even possible to beat the entire game in one combo!
– Randomized levels, items, and events – the game will keep surprising you for hours, even after you thought you’ve seen everything.
– Permadeath with character progression – you keep collected ink even when you die, so you’ll always make a small progress.
– Three unique comic book stories to play through, and a sketchbook-themed epilogue:
– Face the Evil in Awakening of the Ancient Gods,
– Defeat the Nazis in Operation Crimson Dusk,
– Defend the Earth from alien invasion in Earth’s Last Stand,
– Explore the creator’s unfinished ideas abandoned in his long-forgotten sketchbook.
– Lots of game-changing items – wreak havoc on your enemies with your standard military gear, but don’t hesitate to use alien equipment, experimental weapons, and objects originating from fantasy-themed issues.
– Captivating soundtrack – composed by Adam Skorupa and Krzysztof Wierzynkiewicz, the creators of tracks for The Witcher, Bulletstorm and Shadow Warrior 2.