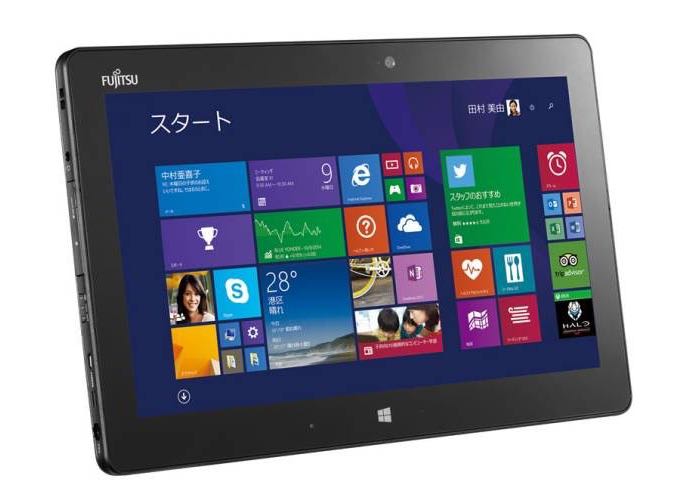 Fujitsu has this week unveiled a new addition to their range of 2 in 1 tablets with the launch of the Fujitsu Q665 Windows 8 tablet, that has been created to provide a solution for the enterprise market.

The new Windows 8 tablet is equipped with NFC communication together with support for both 3G and 4G LTE as well as being fitted with a fingerprint sensor for extra security.

Fujitsu has made their Windows 8 tablet fairly rugged by providing both a waterproof and rustproof casing and offer a choice of Intel Core M-5Y10C or Core M-5Y31 processors.

The chosen CPU within the tablet can be supported by options to add up to 8GB of RAM as well as up to 256GB of solid-state storage. The internal rechargeable battery is capable of powering system for up to 10 hours on a single charge and other features include support for both 802.11ac WiFi, Bluetooth 4.0 as well as providing connections for USB 3.0 USB 2.0 and micro HDMI.

Fujitsu will first be launching their new Windows 8 tablet in Japan priced at roughly $1,300 or 154,600 yen although it’s not clear as yet whether Fujitsu will be making the new tablet available worldwide.