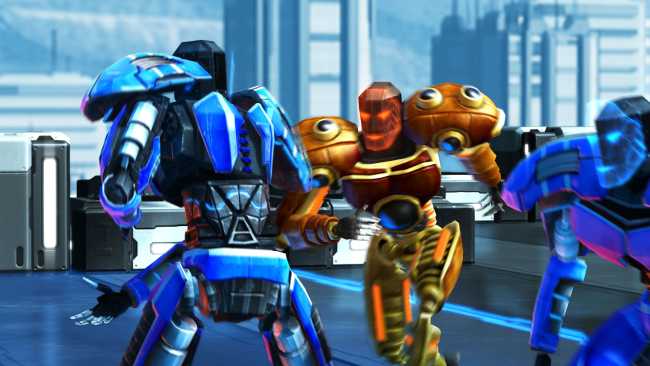 Compared to the previous game’s decidedly pragmatic presentation, the new title features some impressive visuals and building plays on the fly while making robots tackle each other sounds vastly entertaining. The game is now on Steam Greenlight and a beta is coming in 2014, no doubt showing more of the promised tournament, multiplayer and skirmish modes.