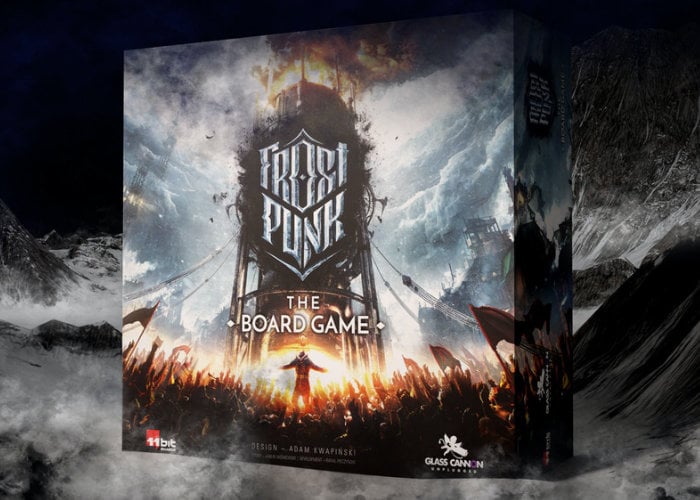 This week the Frostpunk board game Kickstarter campaign launched this week has already raised over €600,000 thanks to nearly 6,000 backers with still 21 days remaining. The unique board game is based on the video game by the creators of This War Of Mine, offering players a highly successful strategy-survival-city-builder that now comes to your table in the form of this excellent board game. 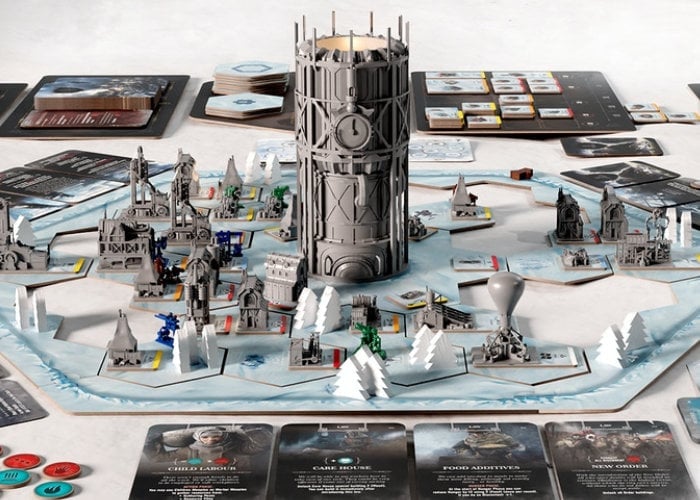 Early bird pledges are now available for the unique project from roughly $88 or £68 and if the Frostpunk Kickstarter campaign is successful and the project progresses smoothly, worldwide shipping is expected to take place sometime around October 2021. To learn more about the Frostpunk board game project watch the promotional video below.

“In the 19th century an ice storm of apocalyptic proportions has devoured the globe, severing all communication between England and the rest of the Empire. Starved of options, the government ordered the complete evacuation of Britain. The goal was to navigate to the sites of the British Science Expeditions’ research outposts that were equipped with Heat Generator Towers and keep some form of civilization alive until the end of winter… if there is one!”

“Frostpunk: The Board Game is being created by a group of industry veterans who have formed a brand new studio – Glass Cannon Unplugged. We are working with world-class designer Adam Kwapiński, who’s known for such amazing games as Nemesis, Lords of Hellas, Heroes, Inbetween, and Dark Ages.”

Custom text For a complete list of all available special pledges, stretch goals, extra media and engineering specifications, jump over to the official Frostpunk board game crowd funding campaign page by following the link below.