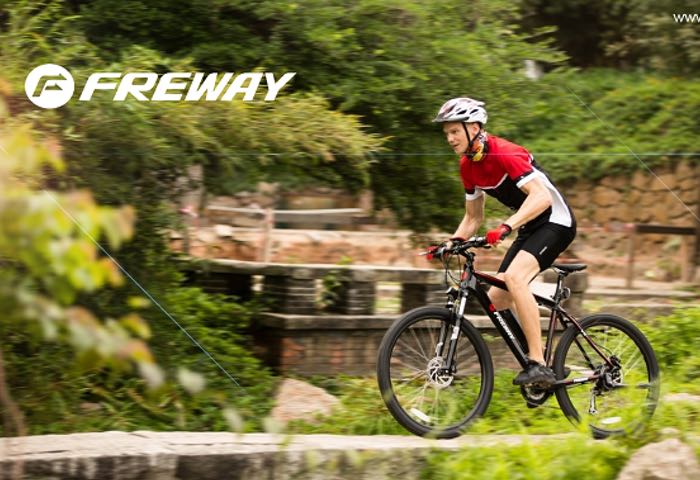 Freway has launched a new 27 speed smart bike they have created over on Kickstarter this week, that has been built to be smart, strong and safe.

Watch the video below to see an overview of the new Freway smart bike and learn more about its features and benefits of the new bike concept.

The Freeway weighs just 41lbs and is equipped with Shimano 27 gears and 27.5 inch alloy wheels, together with a rechargeable battery capable of providing 2.6 hours of power over 60 miles. The Freway smart ebike project is looking to raise $100,000 in pledges over the next 30 days.

Hello everyone, we understand that there are already plenty of eBikes especially on Kickstarter, however, we could still confidently claim that Freway eBike is the most cost-effective one on the market. As most of you know, currently eBikes fail to combine electric motor with mountain bike. Electrically operated system is applied to the bike at the expense of some features of MTB such as gear shifting and shock absorbing. We are proud to present our Freway eBike as it is truly an electric mountain bike.

I used to work in a very congested place, the daily commute is a kind of torture. One day, one of my colleagues recommended me to ride a bike, trying a few days later, I found that it is easy to cross congested and the feeling was fantastic, so I fell in love with bike.

Many years passed,although I had not worked there. But the city is more and more crowed, I has no way to use bike as transportation within the city. Because of this, I want to add the installation of the motor to the traditional mountain bike, now we realize our dreams and created Freway. I think, even if the day I am too old to ride the bike, I will not forget the fantastic feeling of riding a bike beyond traffic.

So if you think Freway is something you could benefit from, visit the Kickstarter website now to make a pledge from $499 and help the smart ebike become a reality.