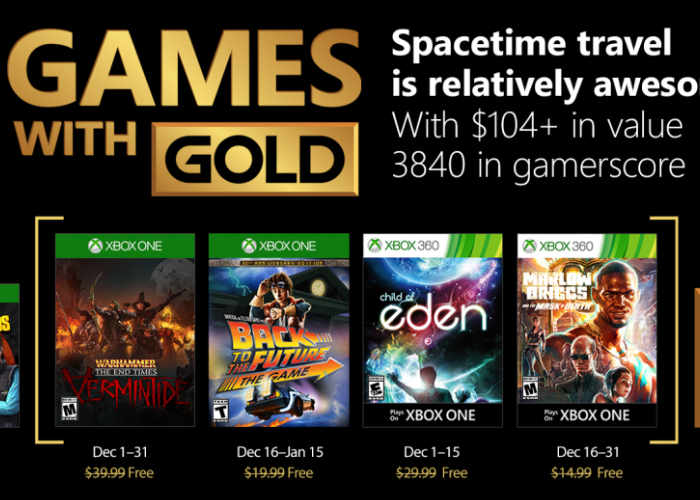 Microsoft and Major Nelson have this week confirmed the free Xbox games that will be made available during December 2017 for Xbox Gold Members. As usual Xbox Live Gold members will receive four new free games – two on Xbox One and two on Xbox 360. With Backward Compatibility enabled on the Xbox 360 titles allowing those with latest generation systems to enjoy four free Xbox games during December 2017. Check out the video below to learn more about the games that will be on offer next month.

On The older Xbox 360, Child of Eden will be free for Xbox Live Gold members from December 1st until December 15th. Followed by the release of the Marlow Briggs and the Mask of the Death game normally priced at $15 which will be free to download until  December 31st. For more details and links to each game jump over to the official Major Nelson website by following the link below.
Source: Major Nelson