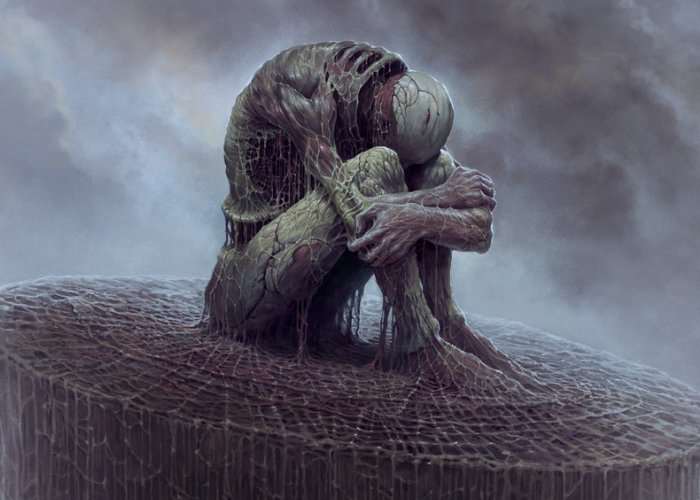 Ebb Software has released a new gameplay trailer for their upcoming two-part first person atmospheric horror adventure game Scorn which has recently launched via Kickstarter to raise the hundred and €50,000 the development team requires to push their game forward.

As you can see from the video below the atmosphere and design of the game look very unique yet still offer easy to understand gameplay. The development team behind Scorn explain more about the games inspiration, design and theme.

Scorn is an atmospheric first-person horror adventure game set in a nightmarish universe of odd forms and
somber tapestry. It is designed around the idea of “being thrown into the world”. Isolated and lost inside this dreamlike world, you will explore different interconnected regions in a nonlinear fashion. The unsettling environment is a character itself.

For the past two years, our team has been working hard on the development of Scorn. Our studio has grown to over 20 people and we have entered the financial partnership with Humble Bundle, which helped us immensely at the time.

We are getting close to completion of Part 1, but we’re not really satisfied with all the aspects of the game. After much internal deliberation, we decided that it would be the best to try and acquire additional resources, taking more time to polish the game and really make it shine, rather than releasing something we’re not entirely happy with. If we succeed in raising additional funds through this campaign we plan to release the game in 2018.