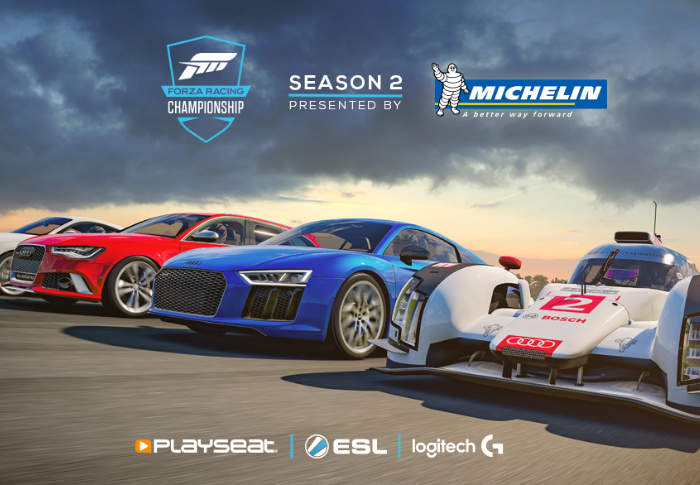 Registration is now open on the ESL website for Season 2 of the official #ForzaRC esports series, which has been sponsored by Michelin, Logitech G and Playseat. Check out the announcement trailer below for a quick overview of what you can expect from the worldwide competition with cash and prizes worth more than $150,000 up for grabs.

In the Elite Series, the fastest drivers in the world compete in Forza Motorsport 6 to claim both the title as the Season 2 champion and a $10,000 cash prize for the top overall winner. Building on Season 1, the Elite Series in Season 2 will offer more ways to win over 100 cash prizes.

The Elite Series is comprised of three weeks of racing competition, culminating in weekly Elite Series Showdown races that will be broadcast on Sunday of each competitive week beginning November 13. Players can watch the Semi-Finals races hosted by ESL and streaming live on the official Forza Motorsport Twitch and Beam channels.