The other day Amazon announced their  new Amazon drones which may be delivering your parcels in the future, called Amazon Prime Air.

The service will apparently deliver your parcels some time in the future using Amazon Drones, and now Zack King has come up with an even faster delivery method for Amazon to use, called Amazon rockets, have a look at the video below. 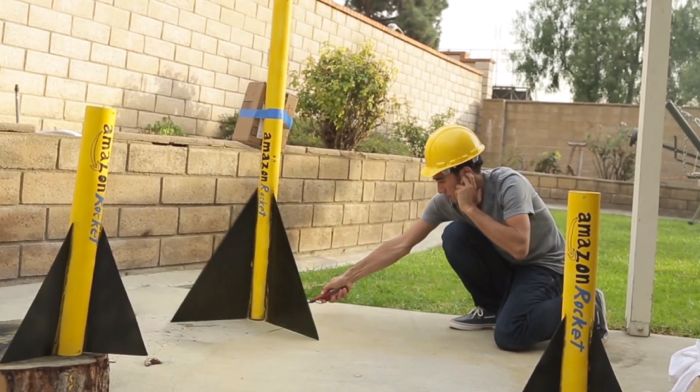 Amazon got a lot of press from their Amazon Prime Air service when it was announced on the weekend, and we may have to wait a few years before our parcels start arriving via Amazon drones, other companies like UPS are also said to be working on drone delivery methods for the future.

As you can see from the video, this looks like it may be the fastest delivery method for parcels we have seen so far, although personally I think that the new Waterstones OWLS service is the best.