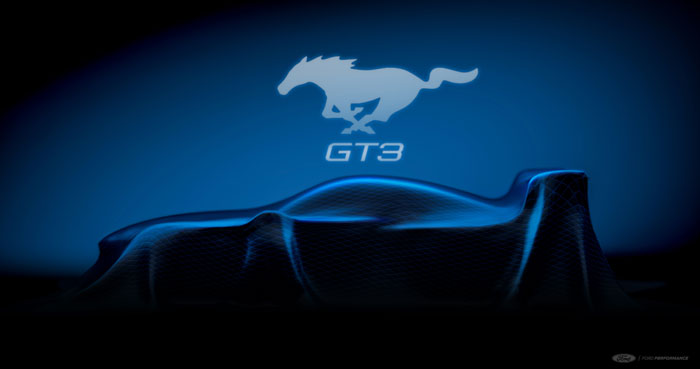 For many years Ford has fielded racing cars in multiple racing series worldwide. Most of those cars are based on its high-performance muscle car called the Mustang. Ford Performance has now confirmed the automaker is developing a Mustang GT3 racing car that will compete in global motorsports events. The racing car will be ready to race at Daytona in 2024.

The Mustang GT3 IMSA race car marks the automaker’s return to factory-backed GT3 racing. However, the car will also be available to customers starting at the 24 Hours of Daytona in 2024. Ford Performance is working with Multimatic to build the car.

While the vehicle is only being teased now, Ford Performance did confirm that the vehicle is powered by a 5.0-liter Coyote-based V-8 engine. The Ford racing team will be a two-car factory-backed IMSA GTD Pro Works team that will be managed by Multimatic. At this time, there are no hard details on the car or how much it might cost.