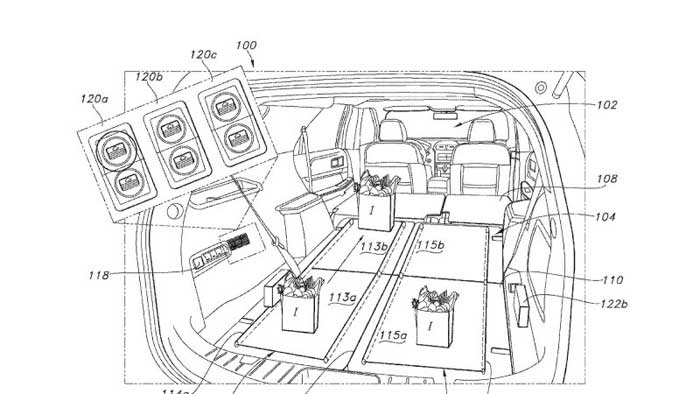 If you own a vehicle that is large with fold-down rear seats that open up to a cavernous expanse to put in all your stuff, you know the difficulty of actually using that space. You end up having to open the side doors of the car and pull stuff to the end of the seats to load and do the same thing again to unload. Ford has a slick solution to this.

This seems a bit farfetched, but in an increasingly crowded big SUV market, a feature like this could put Ford’s offerings over the top. Plus you could totally ride the thing inside the car to boot. A patent application certainly doesn’t mean the tech will ever make it to a production vehicle.