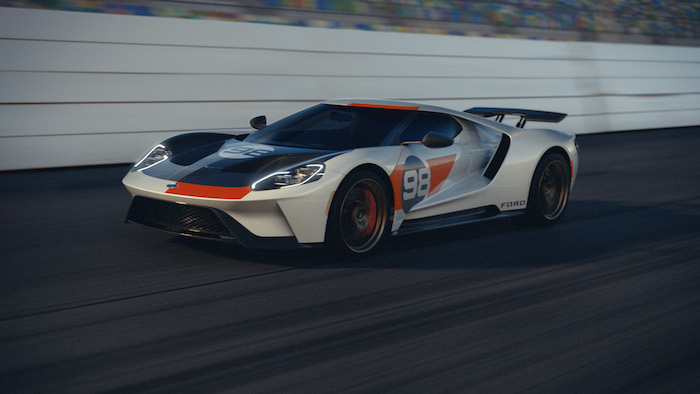 The Ford GT Heritage Edition inspired by the 1966 Daytona 24 Hour Continental and it comes with Race Red livery and Carbon Fiber.

“For this Heritage Edition, the Ford Performance team went deeper into the Ford GT’s race history and crafted a limited-edition model that stylistically honors the 55th anniversary of the Daytona 24 Hour endurance race that would eventually lead to our successes at Le Mans,” said Mike Severson, Ford GT program manager. “Plus, for customers who want to highlight the carbon-fiber body and functional cooling ducts that help deliver Le Mans-winning performance, the Ford GT Studio Collection offers another new way GT fans can personalize their supercars.” 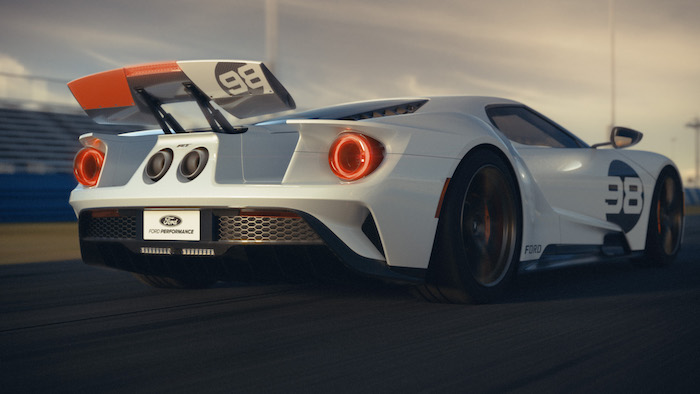 The announcement of two new variants of the Ford GT were the highlights at the conclusion of 2020 Petersen Car Week, which started airing Wednesday on the museum’s YouTube channel. The virtual event featured 25 hours of original content from manufacturers and enthusiasts, along with automotive lifestyle and auction house activities.

You can find out more details about the new Ford GT Heritage Edition over at Ford at the link below.