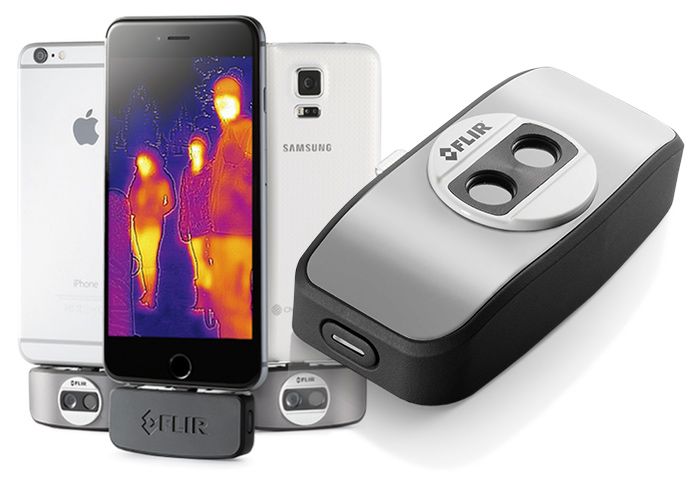 Smartphone thermal camera maker Flir has announced this week the launch of newly updated iOS thermal imaging camera, they have created that builds on the technology included in their previous Flir One iOS camera.

The company has also announced that a Flir Android thermal imaging camera is currently under development and will be launching imminently. Although no exact release date has been announced as yet.

The newly updated iOS thermal imaging camera is now smaller and provides users with a higher resolution than perviously, and is now capable of detecting temperature variations that are smaller than a 10th of a degree.

The Flir One camera is supplied with a free companion application that offers nine colour palettes as well as features for time-lapse photography and macro functionality for both video and still photography.

The smartphone application also includes a temperature spot reader and an automatic thermal shutter, as well as providing the ability for users to share images via the major social networks.

The second generation Flir iOS thermal camera is now available to purchase for $249 while the first generation is also still available for Apple’s iPhone 5/5s smartphones priced at $150. For more information and to purchase jump over to the Flir website.