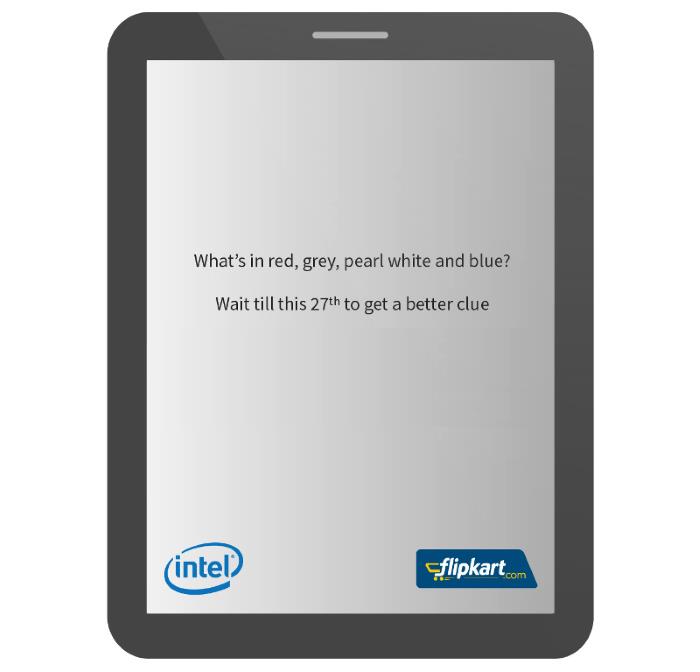 One of India’s most popular retailer Flipkart has sent out press invites for a media event on August 27th where the company is expected to launch a new tablet.

Judging by the press invite, with an Intel logo on it, it seems the upcoming Android tablet is made in collaboration with Intel, and may as well feature a chipset from the manufacturer.

The invite reads, “What’s in red, grey, pearl white and blue?” It’s pretty obvious that we’re going to see a new tablet, possibly 8-inch. Surprisingly, there’s an ear piece on the top of the tablet as well, suggesting that it may come with voice calling features, which may be a little weird for a tablet of this size. It would be a very uncomfortable holding a device this big, but let’s see what the companies have cooked up for one of the biggest markets in the world.

If the tablet rumors are correct, this could be the retailer’s second tablet. The first one was launched sometime back with a Digiflip Pro XT712 moniker and carries an affordable Rs 9,999 price tag.

Stay tuned, we’ll update you as soon as we get more information about the alleged Flipkart tablet.