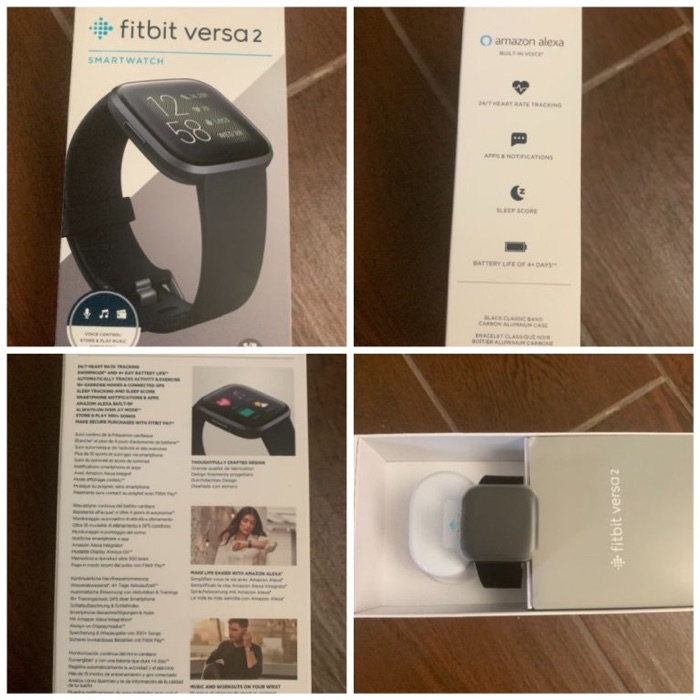 The new Fitbit Versa 2 has been leaked, some photos of the device and its packaging has appeared online, some features of the device have also been revealed.

The new Fitbit Verspa 2 will come with support for Fitbit Pay, this will allow you to use the device to make payments with your debit or credit cards direct from the smartwatch.

The new device also comes with a range of exercise modes and features, there are now more than 18 exercise modes, sleep tracking, heart rate monitoring and more.

The Fitbit Versa 2 will apparently have a battery life of over four days and enough storage built in to store around 300 songs.

Fitbit will apparently make the device official at a press event on the 25th of August and it will go on sale on the 15th of September, as soon as we get some more details about the device we will let you guys know.