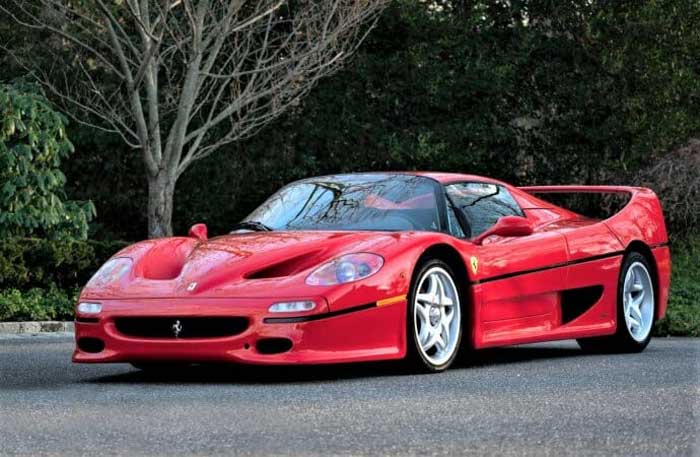 Of all the Ferrari cars, one of the most iconic is the Ferrari F50. This 1995 Ferrari F50 Prototipo will head across the auction block on January 15. This is the car that was unveiled at the Geneva Auto Salon and was the first production-spec example of the car.

This was also the last Ferrari that was produced with a 5-digit serial number, the car bears 99999. The car was created using revolutionary design and materials for the time. Only 349 F50 cars were produced.

The F50 prototype has had some notable names behind the wheel, including Niki Lauda, Gerhard Berger, Dario Benuzzi, and Jean Alesi. The car has an F1 developed V12 engine that makes 520 horsepower and 347 lb-ft of torque and pushed the car to 62 mph in 3.7 seconds. Those were incredible numbers for the day.