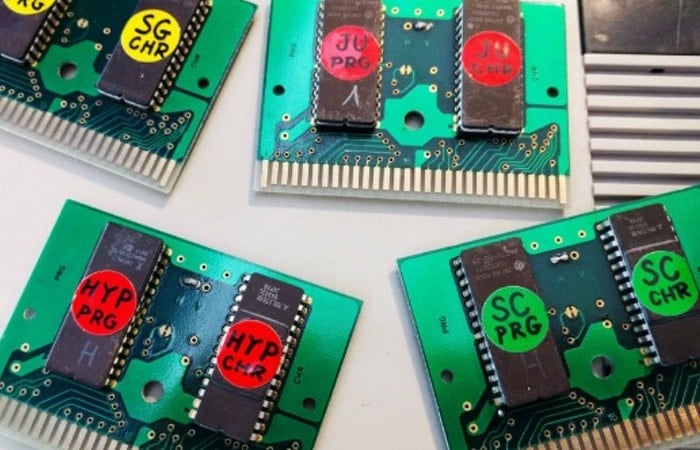 This week details of new Nintendo game prototypes have been discovered revealing that the Joust game which originally launched on the Nintendo Entertainment System in 1987 after being released into high Street arcades five years previously. May have been intended to be released on consoles from as early as 1984.

Chris Kohler over on the Wired website explained how his friend and video game archivist Frank Cifaldi stumbled upon an auction for what looked like an early prototype version of Joust for the NES.

Joust was the very first game that the late former president of Nintendo Satoru Iwata ever programmed and the auction was posted on the Japanese version of Yahoo Auctions, Kohler explains more.

For quite a few years now, I’ve watched (and occasionally pitched in to help) my friend Frank Cifaldi, a game producer and historian, in his efforts to track down and preserve the history of videogames. Occasionally, this extends to placing bids on some weird-looking online auctions that may or may not contain unreleased game code on prototype boards. Weeks ago, Frank pinged me to help with one of these—a seller on Yahoo (which, improbably, is Japan’s premiere online auction site) had what looked like some prototype boards for the Famicom, the Japanese version of the NES.

There was very little information about them in the descriptions, and honestly, they looked a little suspect, as if the stickers had been put on recently. The circuit boards didn’t look official, either. But what had Frank interested was something I don’t know if many other watchers would have noticed: According to the serial codes on the EPROM chips that housed the game data, they were manufactured in 1984. And Joust, one of the games, wasn’t released until 1987. That meant it was very possible that the game programs differed, perhaps significantly, from the final product that was released to stores.

Prototype games that differ from the final game code can be treasure troves of data, offering insight into the game development process. They also were never supposed to last this long; the chips were reusable, meant to be overwritten with new game code and eventually discarded. And Joust was of particular interest, because it was the first Nintendo product created by Satoru Iwata, a programmer for HAL Laboratories who would eventually become the company’s president.

For the full story jump over to the Wired website via the link below.