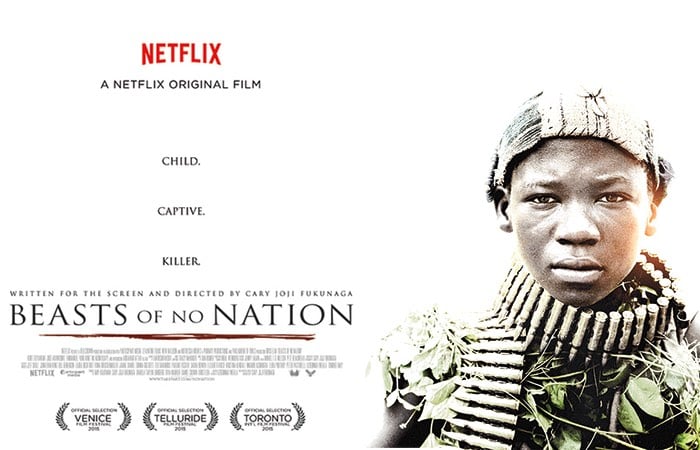 It has been announced this week that the first Netflix original feature film Cary Fukunaga’s Beasts of No Nation will be launched in Curzon Cinemas across the UK.

The Beasts of No Nation film stars Idris Elba and Abrahan Attah, who won the Marcello Mastroianni award for best young actor at the Venice Film Festival for his performance as a child soldier in a war-torn African country.

Watch the trailer below to learn more about the storyline of the film that will be available to view in select theatres across the UK and via Netflix from October 16th 2015.

Beasts of No Nation, A Netflix Original Film. When civil war tears his family apart, a young West African boy is forced to join a unit of mercenary fighters and transform into a child soldier.