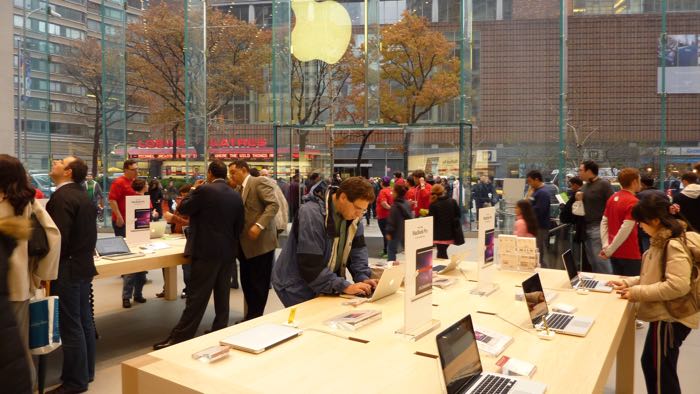 Apple will open its first Apple Retail Stores in India next month, the company has teamed up with consumer electronic chain Croma in India.

There will be six Apple Retail Stores initially and they will be inside the Croma stores in Numbai, Malad, Juhu, Oberoi Mall, Phoneix Mall and Ghatkopar.

“We are proud to partner Apple to launch the Apple Store in India and extremely bullish about it,” said Avijit Mitra, chief executive officer of Infiniti Retail, which owns Croma. “These stores will be modeled on the global design and will offer the best experience to consumers, showcasing the entire range of Apple products.”

The store designs will be the same that Apple uses in its own retail stores and all of the staff will be trained by Apple.

Apple products are already available in India through third party retailers, but Apple having its own stores in the country could help it increase sales there, India is seen as the next major market for Apple.