Chevrolet and other automakers have a history of donating special cars to charity where they are auctioned off with the proceeds going to the charity. Chevrolet has announced that it will be auctioning off the first 2015 Corvette Z06 to benefit the Karmanos Cancer Institute. The car will be auctioned on April 12 at Barrett-Jackson in Palm Beach, Florida. 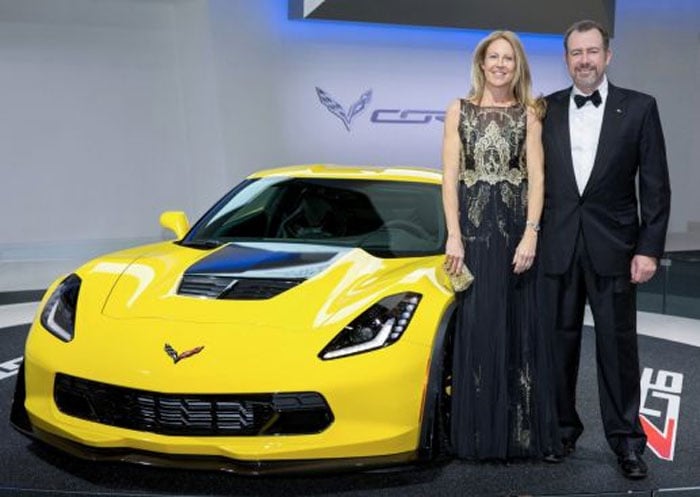 Last year a similar auction raised $1 million when the first 2014 Corvette Stingray was auctioned. I would think this Z06 would bring more money than that. I always wonder if the rich person that wins the auction gets to write off their entire bid on taxes as a charitable contribution even though they get a sweet car out of the deal.

The Z06 is a beast of a car with at least 625hp from a supercharged V8. The car is also tweaked for high levels of aerodynamic down force. The car uses an active fuel management system that gives it surpassingly good fuel efficiency despite the high performance and big V8 engine. Chevy was teasing the car back in December.

“Chevrolet’s donation of the first 2015 Corvette Z06 produced is yet another way that we are showing our continued support of the Karmanos Cancer Institute,” said Dan Ammann. “The funds raised from the auction will help further the exceptional patient care that Karmanos is known for in our community and across the country.”