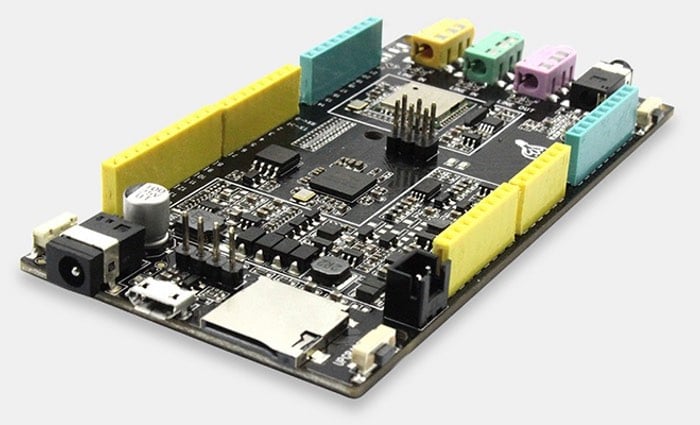 The team over at Firefly has launched a Kickstarter campaign this week for a new Arduino development board called the Fireduino, which provides a dual core alternative to the popular Arduino Uno.

If you are looking for extra power together with a few useful extras such as wireless connectivity, audio, RTC module and more then the Fireduino might be worth more investigation.

Check out the video below to learn more about the new Fireduino Arduino development board which is now available to back via Kickstarter with early bird pledges starting from just $20. Its creators explain more about its inspiration, features and functionality. 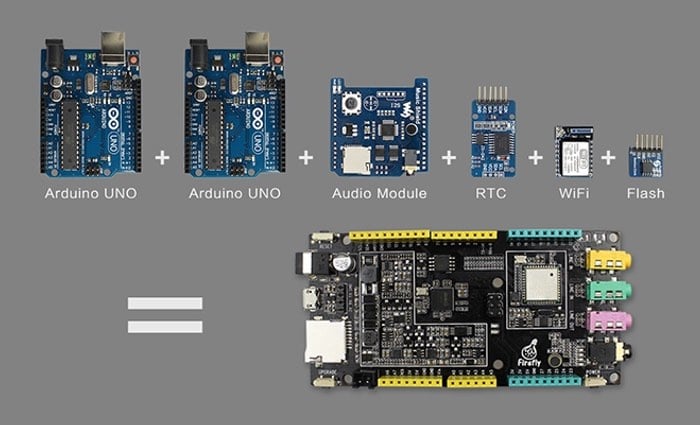 It can be programmed using the Arduino IDE, the code style and the mode of operation is fully compatible with the standard of the Arduino. We have provided abundant practical routines, as long as you have learned the Arduino or C language, you can control the Fireduino quickly.

It supports FireBlock which is graphical program software, even if without program experience,you can program easily through assembling the graphic buttons, and flash the program to Fireduino through WiFi transmission. All of these innovative features make ideas realize easily and freely.

It adopts the RKNandD of Rockchip dual core Cortex-M3, with high operating frequency(system core up to 250MHz,calculation core up to 500MHz), and integrates the SPI Flash which with 8M byte high-capacity, it has further extended the space of creation.

For more information on the new Fireduino jump over to the Kickstarter website for details by following the link below.