EA Sports has this week announced that their new FIFA 14 game will include near double the amount of authentic Brazilian Clubs that were included in the 2013 FIFA 13 game.

EA Sports announced that they have now secured licensing agreements with 19 of the top football clubs from Brazil, ensuring each officially licensed club will feature the authentic club crest, kits and players in-game. 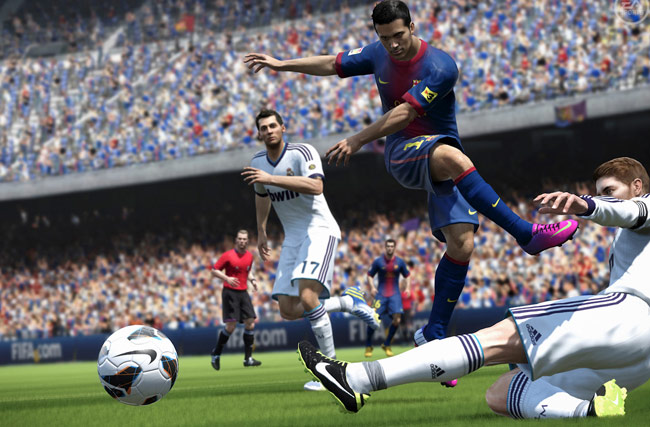 “We’re very excited to bring the stars of the top Brazilian clubs into our games,” said David Rutter, Executive Producer of the FIFA franchise. “For all our fans that support and love Brazilian football, this will only add to the authentic FIFA experience they enjoy, and the additional clubs will bring undiscovered players from Brazil into the FIFA Ultimate Team universe.”

One new features EA is including in the new FIFA 14 version of the game is ‘Precision Movement’ which provides improved player animations and biomechanics form the basis of every FIFA 14 character model, allowing players to move in a more fluid, realistic way.

FIFA 14 will be launching for all major consoles including the new next generation PlayStation 4 and Xbox One as well as on mobile devices such as iOS and Android devices this fall.