This week football/soccer fans looking forward to the launch of the new FIFA 14 game will be pleased to learn that the very first trailer showing gameplay has been released this week by EA.

The new FIFA 14 gameplay trailer provides a glimpse at the mechanics of the new FIFA 14 game and what you can expect once it arrives in stores later this year. Watch the FIFA 14 trailer after the jump to see it in action. 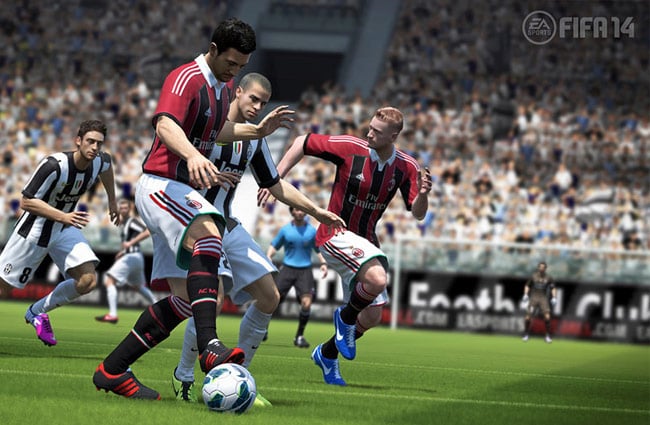 One new features EA is including in the new FIFA 14 version of the game is ‘Precision Movement’ which provides improved player animations and biomechanics form the basis of every FIFA 14 character model, allowing players to move in a more fluid, realistic way.

“There’s tons of nice little touches, too. I had definitely had more options on the ball going forward and these were particularly noticeable since players making runs would visually demand the ball, pointing to where they wanted it played. It’s one of those great features which makes the game more realistic but it also doubles up as a nice gameplay cue.

Similarly, FIFA 14’s range of different shot types – from knuckle shots which bend in the air to low, punchy volleys – and the way in which the type of shot will vary depending on the position of the player also added a new layer of visual flair. But it’s worth flagging that these new shot types aren’t accessed through modifiers – they’re entirely contextual. It’s making the game more satisfying to watch without making it more difficult to play, which I believe is the right balance.”