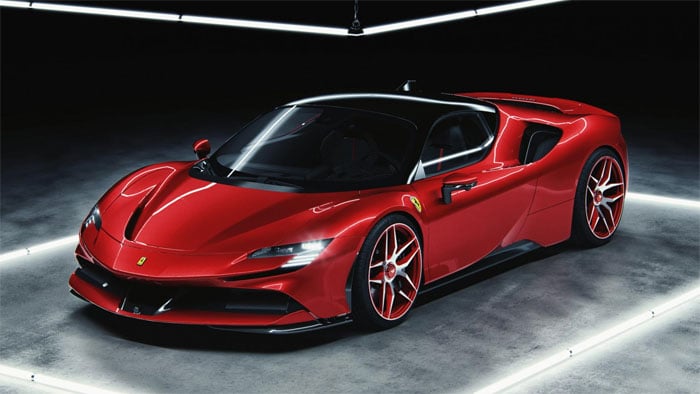 Sitting at the top of the Ferrari hierarchy is the SF90. That vehicle is the most powerful road car Ferrari has ever made, featuring a plug-in hybrid powertrain that produces 1000 metric horsepower or 986 bhp. That’s loads of power, but for some people, stock is never enough.

For those lucky enough to own a Ferrari SF90 who want more, a German tuner called Wheelsandmore makes the SF90 even more powerful. Its version of the vehicle produces 1102 bhp marking a significant increase in power. To reach that new number, the engine gets a new control module that activates once everything is up to temperature.

The vehicle can reach a top speed of 217 mph, an increase of six mph compared to standard. It’s unclear if the tweaking makes the car faster to 60 mph, but it’s already capable of reaching 62 mph in 2.5 seconds. The tweaking also features new wheels, and we have to say the car looks very good.