Tanya Marie Vlach has been wearing a prosthetic left eyeball for six years now. The fateful day happened around the time Hurricane Katrina ravaged much of the southern United States. Losing control of her car, Vlach was almost killed. Fortunately she was rescued in time, blind in one eye and suffering from a concussion. 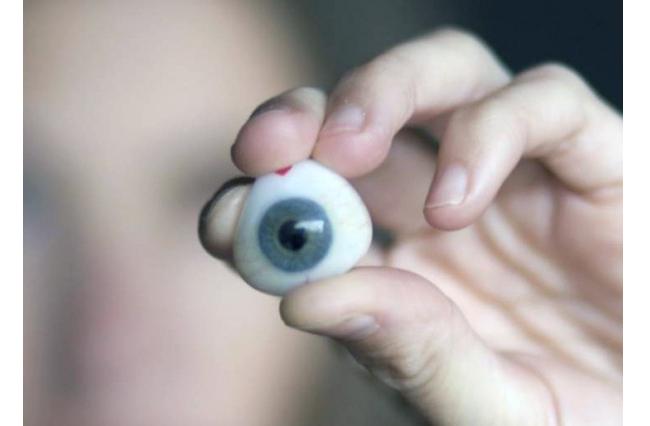 Years since, Tanya is doing well for herself except for one thing: she badly wants her vision back for the sake of an artistic technological experiment. Specifically in the left eye. She’s taken her cause to a blog and after a chance meeting with Kevin Kelly, founder of Wired, actively sought engineering help for a bionic eye with a camera implant.

Whether she was influenced by that Rona Mitra and Bob Hoskins-starrer Doomsday is unclear (in it, action heroine Rona Mitra’s character has a detachable camera eye), but Vlach is determined to get the job done. The full specs for her dream eye are a wireless eyeball with Bluetooth, 3x zoom, 720p resolution, and Mini HDMI accesability.

The full list of specs and accompanying backstory can be viewed on her Kickstarter page where she’s also actively promoting her plans to release a video game and graphic novel based on her eye struggles.

As of this writing, Vlach has garnered several thousand dollar sin pledges and has 20 days to reach the $15,000 mark. More power to her.