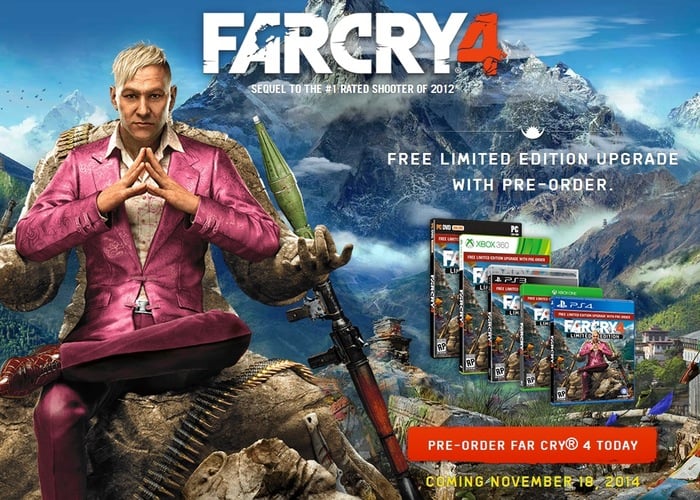 Far Cry 4 received a great reception from the press and gamers at this years E3 2014 games conference and corrects the problems that surfaced in Far Cry 3 gameplay mechanics.

Once officially launched on November 18th 2014 Far Cry 4 will be available to play on PC and both next-generation PlayStation 4 and Xbox One consoles as well as the older Xbox 360 and PlayStation 3.

“Far Cry 4‘s narrative director Mark Thompson expressed that he wanted the narrative of the game to correct shortcomings he felt the previous game Far Cry 3 had. In Far Cry 3, the open world nature of the gameplay was at odds with the plot as it allowed the player to perform protracted acts of exploration despite situations in the narrative which were supposedly time critical. For Far Cry 4 efforts were made to ensure the open world gameplay and story complemented each other.”

During this years E3 games conference the first five minutes of the game were also unveiled, providing a good glimpse at what you can expect from the storyline and gameplay, check it out here.