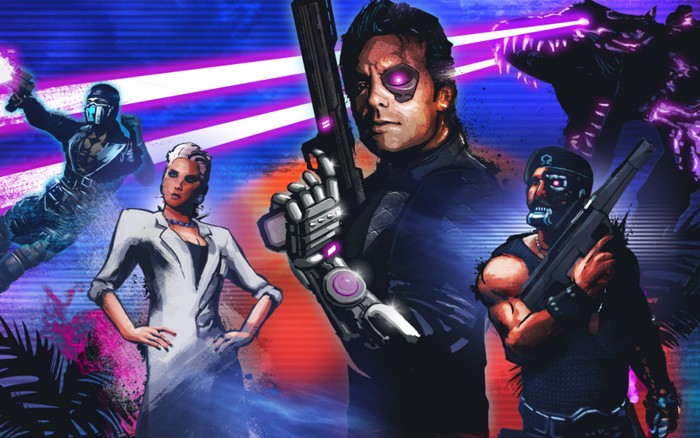 Blood Dragon is a retro-futuristic parody of 1980s action films, cartoons and video games, and takes place on an open world island. You take on the role of military cyborg Sergeant Rex “Power” Colt. “Gameplay is largely similar to Far Cry 3, though several systems from the base game were simplified or removed, and it introduces the titular blood dragon, a massive reptile-like creature that can be lured to attack hostile outposts.” Check out the gameplay video below to learn more about what you can expect from the latest release on consoles.

“Welcome to an 80s vision of the future taking place on a bizarre open world island crawling with evil, now on the current generation of consoles. Become Sergeant Rex Colt, a cyber commando. Get the girl, kill the bad guys, save the world. – As Sergeant Rex Colt, you are part man, part machine, all American. You are a state-of-the-art Mark IV cyber commando on a mission of vengeance. – Experience updated graphics and gameplay for modern platforms to allow players to experience every cliché of this VHS-era vision of the nuclear future. – Take down the enemy with ninja stars, guns, or even just good old explosives. Your battle. Your way. Their tough luck.”