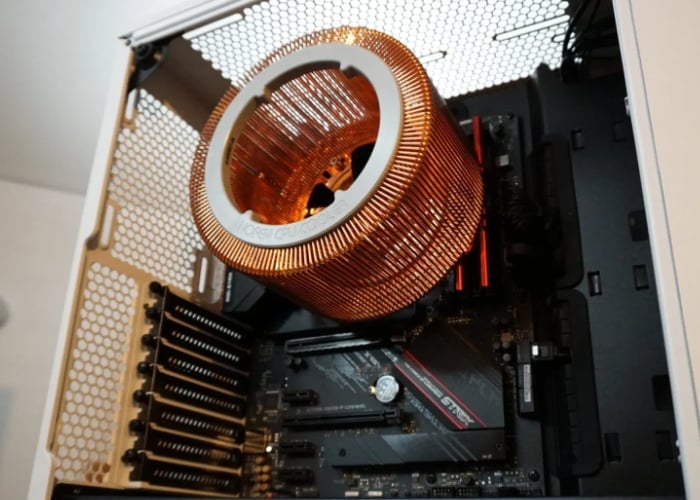 If you are considering building a PC rig equipped with a passive cooling system, to reduce fan noise or remove the need for fans completely. You may be interested in a new fanless CPU cooler performance comparison carried out by the Fully Silent PCs website. The latest video continues the series which started back in April of this year comparing different fanless CPU coolers.

“I tested the six coolers in two system configurations at various power levels to see how each cooler does under the same sets of conditions. The first configuration included the Intel i7-10700 on an Asus Z490-Creator motherboard. The second included the AMD Ryzen 7 Pro 4750G on an Asus B550-F motherboard. The Fractal Design Meshify C case was used, and was stripped down, all fans, drive bays, and dust filters removed for optimal natural passive airflow. I ran Prime95’s torture test with small FFTs for half an hour during each run.

This was done a total of 88 times, running each CPU under each cooler at 10-watt power limit intervals from 10 watts up to the highest power level that each cooler could handle without CPU throttling. I changed CPU power limits quickly between each test so that the coolers lost as little heat as possible. This way I could get to heat saturation more quickly during each run. CPU core temperatures were tracked with HWINFO64, saved as CSV files, and then processed in Excel. I ended up with a summary of average core temperatures for each minute of each stress test.”