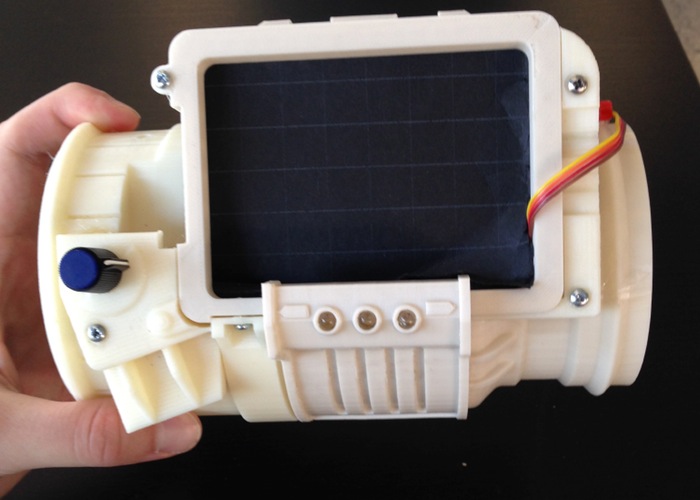 Fallout gamers are sure to remember the Pip-Boy 3000 from the Fallout game created Bethesda and first released back in 1997 and later followed by sequels.

The Pip-Boy 3000 was used in game to show players their current skill levels and other details and since the introduction of within the game fans have created real world Pip-Boy 3000 devices.

However this month a new Pip-Boy 3000 device has been created for the Space Wearables Challenge in the Space Apps 2014 Challenge and is powered by an iPhone 5 running a custom iOS app to re-create the Pip-Boy’s iconic interface.

The 3D models have been created by Thingiverse user Dragonator, check out the trailer below to learn more about this awesome project that combines game gear and real life to great effect. Team Reno explains :

“We wanted to make a piece of popular science fiction into a reality so we chose the Pip-Boy 3000 from the game Fallout 3. The goal was to bring environmental sensors into an easy-to-use cuff device that could help a wearer determine if their environment is safe for navigation or helmet removal.”