If you want to protect your house of apartment from thieves, but don’t want to shell out loads of cash on a full home security setup, then check out this Fake Security camera that has a built in motion sensor.

It works just like a real security camera (except that it won’t record anything), as soon as the motion sensor is activated, the camera moves and follows the person who activated it about. 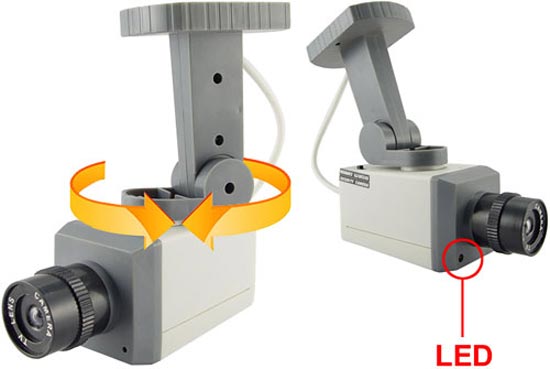 It also has a built in LED light, which lights up when the fake camera is activated, if you want one they are available for $15.50 from Chinavasion.