Its already been done by a few companies to promote their services. But now Facebook has painted a massive 42ft square QR code on its headquarters roof, many other companies are sure to follow suit. If you are not familiar with QR or Quick Response Codes they have been around for some time and where first developed for the automotive industry. 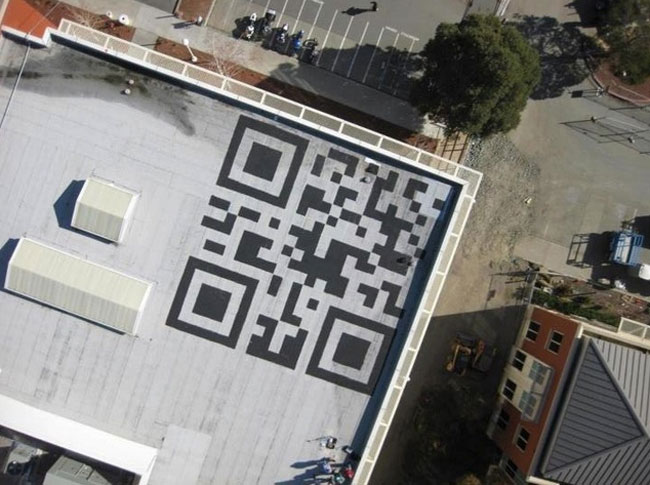 More recently, QR Codes have become popular on the web and smartphones due to its fast readability and large storage capacity compared to standard UPC barcodes. There are many applications available for both Android, Windows and iOS devices that will allow you to read QR codes. Which are now used to store a company’s information such as address and related information.