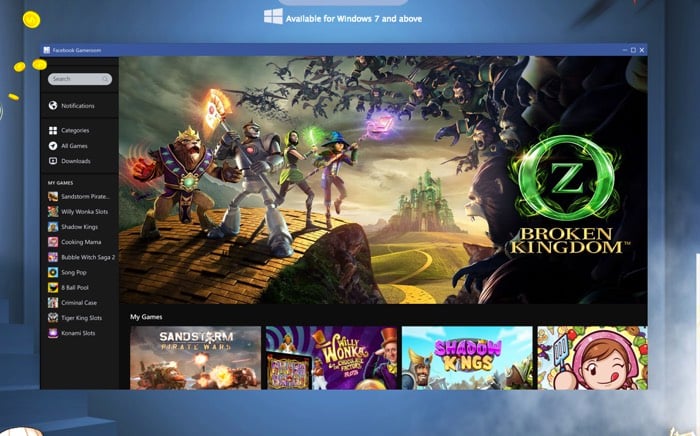 Facebook has announced the launch of its new gaming platform for the PC, it is called Facebook Gameroom and the social network is looking to take on popular gaming platform Steam.

Facebook has now released a beta build of their Facebook Gameroom platform to developers = and the software can be downloaded to PCs running Windows 7 or above, the platform is available for anyone to download.

The new Gameroom platform comes with native Gameroom games on your PC without having to be on Facebook.

Facebook will have some serious work to do if they want to take on Steam as the platform has more than 125 million users around the world.

You can find out more details about Facebook’s new gaming platform for the PC over at their website at the link below.