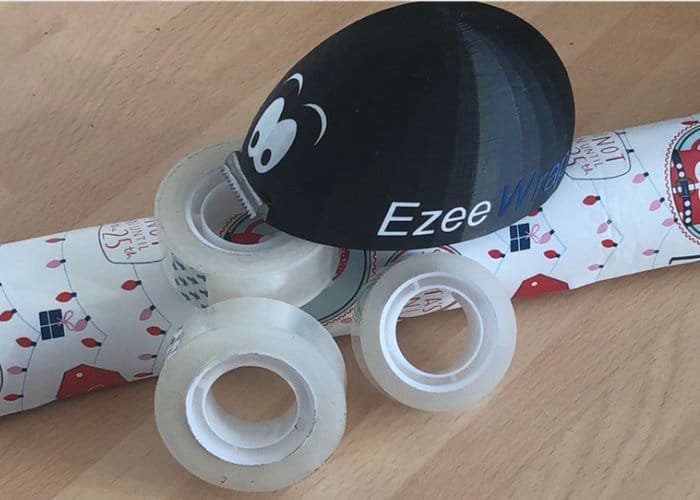 Following on from the successful Ezee Wrap Cutter crowdfunding campaign launched via Kickstarter. The small design team based in the United Kingdom has this week announced the launch of the Ezee Wrap one-handed tape dispenser which allows you to quickly and easily pack those gifts without fiddling with rolls of sticky tape. Check out the demonstration video below to see how easy wrapping parcels and gifts can be using the one-handed tape dispenser.

The Ezee Wrap one-handed tape dispenser is now available to back by Kickstarter with super early bird pledges available from just £5. If all goes well worldwide shipping is expected to take place during October 2018. The team responsible for the Ezee Wrap range of products explain a little more about their latest creation.

“If like us you tend to get into a mess trying to wrap presents you may be interested in a new one handed tape dispenser called the Ezee Wrap. Designed to enable you to apply tape with one hand. Ezee Wrap makes it simple to hold the paper with one hand and apply the tape with the other, saving you money and time. Watch the demonstration video for a quick overview of what you can expect from the unique one handed tape dispenser. “