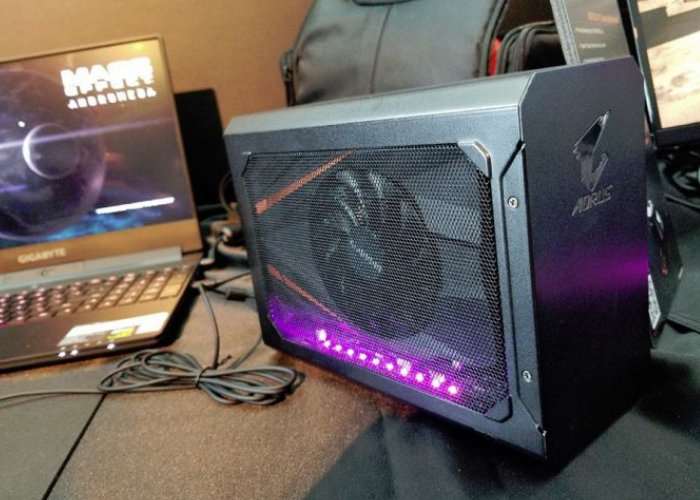 If your modern laptop could do with a boost in graphical performance you may be interested in the new Aorus GTX 1070 Gaming Box External Graphics Dock which has been unveiled at this week’s Computex 2017 technology show.

The Aorus GTX 1070 Gaming Box is priced at $599 but comes with a NVIDIA GeForce GTX 1070 graphics card built in together with connections for HDMI, DisplayPort, and 2 x DVI outputs.

The GTX 1070 Gaming Box appears to be about half the length and height of the Razer Core and the Alienware Graphics Amp although exact dimensions have not been made available at the current time.

The Aorus GTX 1070 Gaming Box is due to be made available during the summer months of 2017. As soon as more details on availability are announced we will keep you up-to-date as always