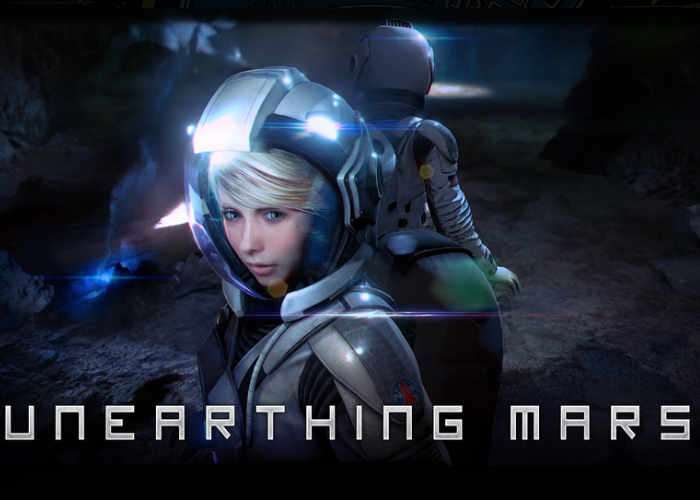 Watch the official Unearthing Mars trailer below which has been released today, to learn more about what you can expect from the new virtual reality game which offers a VR experience that comprises of 10 different stages each with its own unique gameplay mechanic.

Eric Tsai from Winking Entertainment explains a little more about what you can expect from the different stages, when the new Unearthing Mars virtual reality game launches later this week on March 7th, 2017.

Each stage also advances the story of a space expedition team trying to unravel the secrets of Mars. Players will take the role of the Co-pilot, a member of the retrieval team sent to recover fragments of the mysterious Phobos satellite, believed to hold clues to the possibility of an ancient civilization on Mars. As you can tell, this isn’t a documentary-type VR experience, but really something that plays more like a good science fiction novel (or novella, in our case).

In the first half of the game, players will experience operating a Mars landing craft vehicle firsthand, as well as explore the surface of Mars on foot and via a rover vehicle. In the latter half, there’s a lot more cross-genre gameplay as players discover a more esoteric side to the Red Planet, solving puzzles along the way and culminating in a first-person shootout that… well, I’ll let you guys experience that for yourselves.

With such a wide variety of gameplay mechanics in the game, production was quite a challenge. The production staff was split into four smaller teams, each responsible for a different game genre, or gameplay mechanic. Traditionally at Winking, a single product is worked on by a single team, but to tackle the challenges posed by making a new VR product, four different teams were necessary.

Jump over to the official PlayStation blog via the link below for more details on the upcoming game.