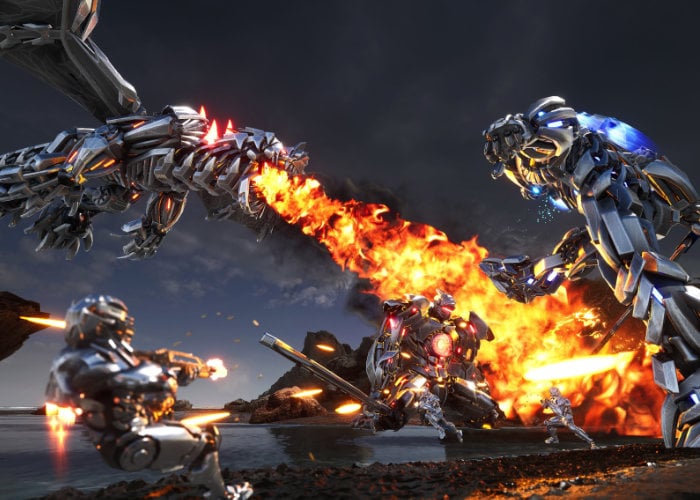 Nursan Akinci , Coordinator at TwistedRed has taken to the official Xbox News site to reveal more details about the free-to-play online competitive first-person shooter, ExoMecha , which will be launching on the Xbox platform sometime during 2021. ExoMecha was showcased during Microsoft’s Xbox Games Showcase 2020.

ExoMecha takes place on a planet called Omecha, offering players an “immersive experience with its high-quality visuals, flexible gameplay, giant mechs, unique gadgets and abilities, and boss battles” says Akinci. “Our unique gameplay brings limitless possibilities on how you engage in the combat”. Check out the official reveal trailer below to learn more.

“The planet Omecha is simply the land of giant bosses and mechs. In our game, you will be able to control your personalized mechs. They will be equipped with both long-range firearms and giant melee weapons. The reason we put melee weapons for our mechs is that we want to add a unique flavor to the battle. Primary weapons of our mechs are their swords and shields and they have the highest damage compared to any other weapon in the game. Therefore, they are primarily designed to be used against enemy mechs. However, because of their short-range, they are hard to use against other types of vehicles.”