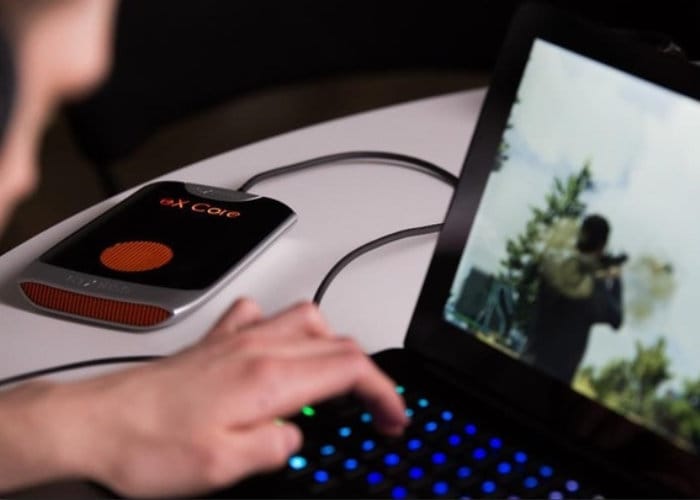 Hardware manufacturers exklim have this week released more details on their new external graphics card revealing the benchmarks you can expect from the portable GPU which has been designed specifically for laptops. Enabling you to transform your laptop into a powerful gaming rig by simply plugging in the external graphics card. Watch the demonstration video below to learn more about the eX Core external GPU which is fitted with a GeForce GTX 1050 graphics card. 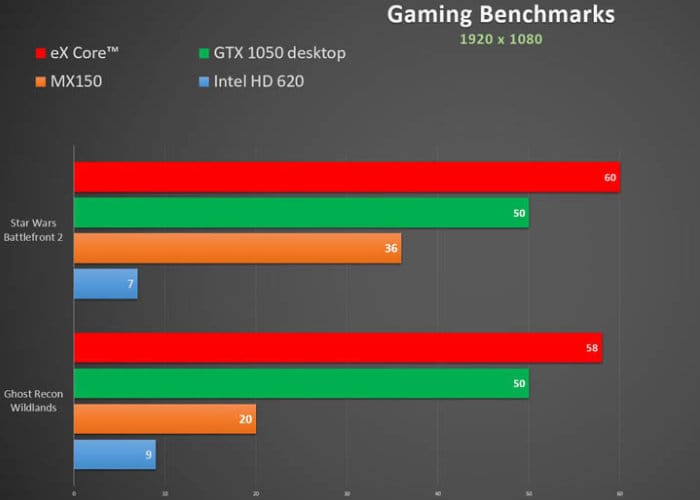 Powered by an NVIDIA GTX 1050 graphics card the external GPU offers a factory overclocked at 1680 MHz thanks to the inclusion of its high GDDR5 VRAM memory. The eX Core External Graphics Card benchmarks published below provide a quick indication of what you can expect from the hardware once it has been manufactured. “Rather than having to migrate to a new laptop every year to increase graphics performance, the eX Core allows you to keep yours by upgrading to the newest eX Core™ – saving a significant amount of time, money and risk of losing files.”

After launching on Kickstarter earlier this month the development team have already raised their required pledge goal thanks to over 200 backers. Shipping is now expected to take place during July 2018 and the eX Core external GPU is available in three different colours to suit your style and preference. For more information, full specifications and a list of all available pledges jump over to the official Kickstarter campaign page by following the link below.