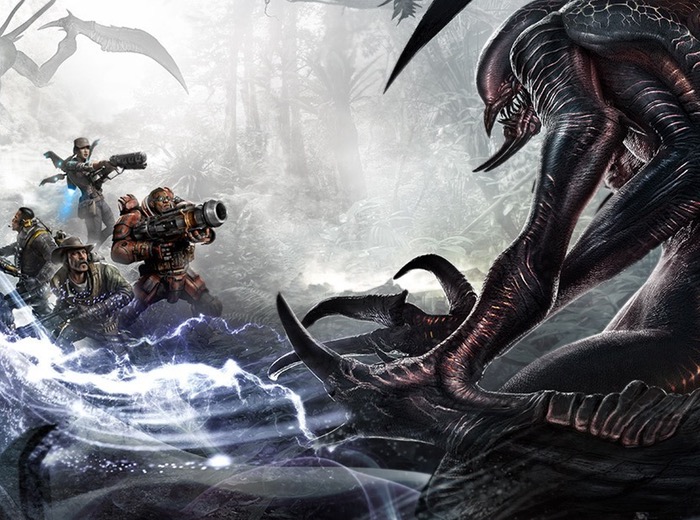 Later this week the new and highly anticipated Evolve game will be available to play via an Xbox One open beta testing phase that will kick off on Thursday, January 15th, 2015 ahead of the games official release date.

To prepare gamers for the new beta gameplay Evolve’s developers have now made the game available to pre-order Evolve Xbox One before and during the Xbox One open beta.

By pre-ordering the new Evolved early players get exclusive and instant access to the Wraith, Parnell, Abe, Caira, and Cabot during the entire beta. As well as guaranteeing that when the game finally launches next month, that all these characters are instantly unlocked on the February 10th Evolve launch date.

Earlier this week 2K and Turtle Rock also announced that the Evolve game has “Gone Gold” and is currently in the process of being manufactured and printed to discs. To celebrate this milestone, Turtle Rock released a new two minute cinematic trailer for gamers to enjoy ahead of this week beta gameplay on Xbox One, check it out below to whet your appetite.

“The intro cinematic for Evolve prepares you for adrenaline-pumping action when the hunt begins on February 10 worldwide. Play as one of four hunters teaming up to destroy a constantly evolving monster. Or play as a monster, evading and overpowering the hunters that are after you. Hunt together. Kill alone. Choose Your Side.”