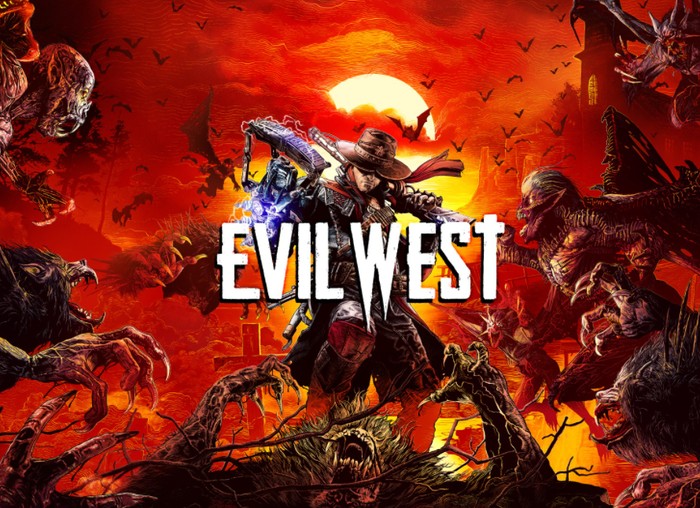 Focus Entertainment and Flying Wild Hog have released a new trailer at this years Game Awards 2021 for the upcoming Evil West third person adventure and shooter which will be launching sometime next year during 2022. “A dark menace consumes the Old West. In solo or coop, fight with style in visceral, explosive combat against bloodthirsty monstrosities. Eradicate the vampiric hordes with your lightning-fueled gauntlet and become a Wild West Superhero.”

“Hello everyone! Focus Entertainment, all of us at Flying Wild Hog, and myself are delighted to finally show Evil West in action with our gameplay reveal trailer, which premiered at The Game Awards 2021. A year after the game’s reveal, you can finally get a glimpse of our high-octane combat gameplay and discover two new screenshots below, featuring Jesse facing monstrosities and a shot of one of our main characters, Edgar, working with Jesse. Our dark fantasy, Weird West, third-person action game will release in 2022.”

“Evil never sleeps… but it bleeds. In Evil West, you play as Jesse, who wields a deadly arsenal to destroy monsters threatening humanity. Get a thunder-packed uppercut of adrenaline in today’s trailer in which you can see by yourself the fast-paced and visceral third-person combat we’re working on. Paint your lightning-fueled gauntlet with monster blood using brutal combos as you blast your way through various weird west locations. Face hulking abominations, screeching monstrosities, and ancient vampires and ram them all back to hell one piece at a time in spectacular boss fights and encounters.”