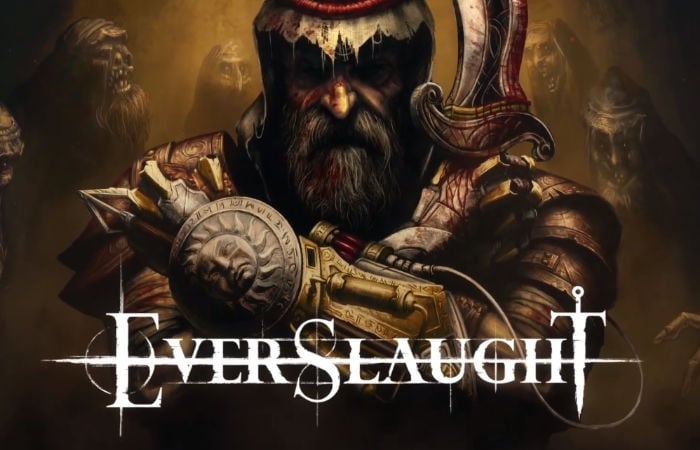 Virtual reality gamers who enjoy a fast-paced dungeon delve may be interested in a new game rolling out at the end of this month in the form of the aptly named, Everslaught. “Are you tired of walking around like a snail in VR, trying out some new “experience” or playing one tech demo after another?”

“That’s exactly why we made EVERSLAUGHT! Jump into an Action RPG designed to take full advantage of VR motion-based gameplay, transporting you into an atmospheric world full of mystery and danger. Traverse an ancient city with detailed environments and randomly generated dungeons, discover fierce weapons with unique properties, upgrade your gear, level up your skills and engage in visceral combat with completely unrestricted VR movement and combat.”

“Traverse an ancient city with randomly generated dungeons, discover rare loot, upgrade your gear, level up your skills and engage in visceral combat with completely unrestricted VR movement and combat.”

– Innovative VR controls – Flip your arm to to rapidly switch back and forth between your weapons and your tools (e.g. shotgun and grappling hook)! Yes, it feels as cool as it looks and sounds!
– Fast-paced gameplay – All gameplay is tailored towards hardcore VR players! Bring on the swiftest, least restrictive movement and combat you’ve ever seen in VR! (Warning: Play this only if you don’t feel like puking every time you take two steps in VR!)
– Slaughter hordes of enemies – Combine your weapons, tools and melee weapons to engage literally hundreds of monstrosities! Time to dispense some unholy justice upon thy enemies!
– An RPG made for VR – Discover rare loot, level up your character, distribute skill points, unlock nifty perks and find hidden lore – all in glorious VR!