Evernote has today released a new update to its iOS applications that brings with it some great new user interface improvements to the iPad version of the application. Making the Evernote iPad application much more suited to the iPad. Now allowing easy to view scrolling through notes, which are now laid out in a more user friendly style called the Slideshow View.

Other great updates to the application include iOS rich text support and shared notebooks. Together with passcode lock security features, which is only available to Premium Evernote users. 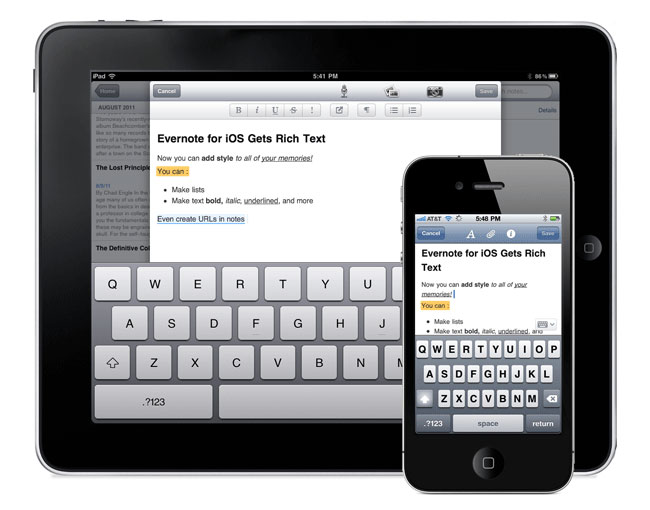 The shared Notebook features now allows you to share and view notebooks that other Evernote users. Simply Tap on the Shared tab in the top bar of the application. This will display the list of notebooks that have been shared with you.

If you haven’t already update your Evernote iOS version now or download the latest version from the iTunes App Store.