If you are an avid fan and user of the Evernote range of applications on your iPhone and iPod devices, it might be time to pop over to the Apple iTunes store for an app update. As Evernote have just released a new version taking the app to v4.0 complete with a totally new user interface. Watch the video after the jump to see it in action. 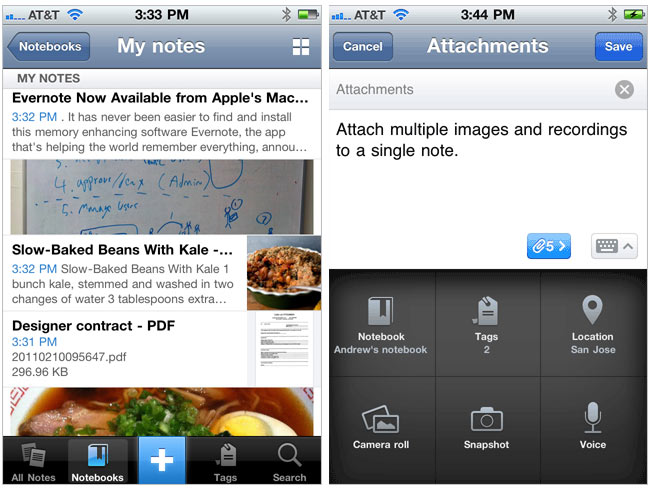 Evernote have returned to the drawing bard with their iPhone and iPod versions re-thinking the layout and how users interact with their software and reconsidered every single aspect of the Evernote app.

New features in the iOS Evernote 4 apps include a Snippet View which maximises the amount of information that is presented in a small amount of space. The note entry area has also had a revamp with the top half now available for your note entry and the bottom half reserved for buttons to help you attach multiple items to a single note.

Evernote for iPad also received a good revamp mainly behind-the-scenes, at the moment, but you can expect many of the ideas and concepts from this iPhone/iPod redesign to make their way into upcoming versions of Evernote for iPad.