Evernote the amazingly useful note-taking application has this week launched a new Evernote app for Windows Phone 7 users, which offers all the same features that other smartphone operating systems have enjoying for some time, plus a few extras. 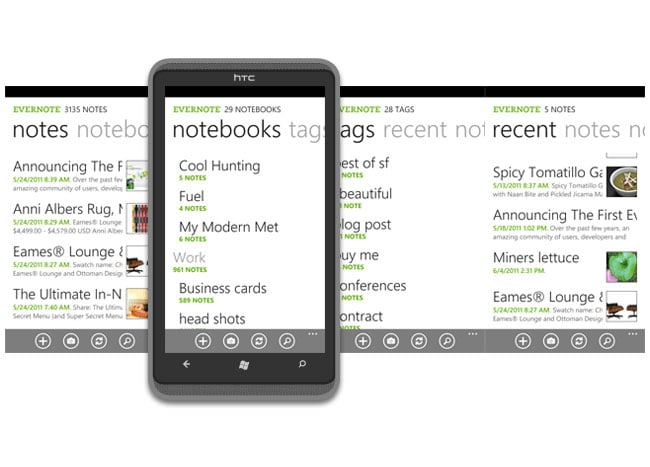 Evernote for Windows Phone 7 seamlessly syncs with every other version of Evernote which you might use and enables you to never miss that important idea or thought.

Its Pivot panels include Notes, Notebooks, Tags and Recent Notes and the application makes full use of Microsoft’s Bing mapping technology, allowing you to see on map when your notes were created.

For more information on all the features within the new Evernote Windows Phone 7 application jump over to the Evernote blog post. 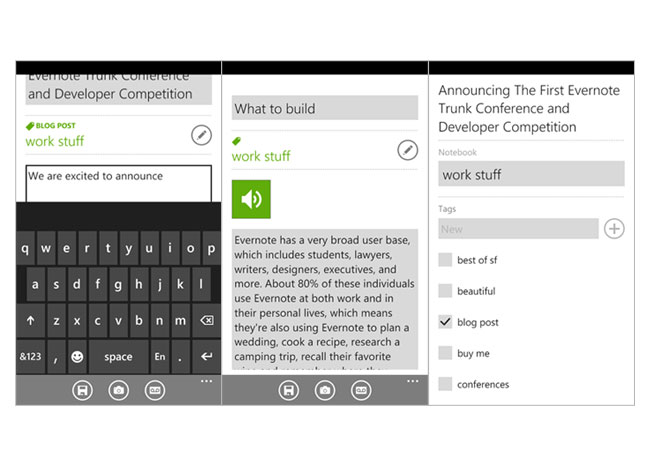