Following on from their acquisition of Skitch back in August last year, Evernote has now purchased the great Penultimate note taking application which is now looks to integrate into the Evernote service and applications. Watch the video after the jump to hear the head honchos at Evernote and Penultimate explain what you can expect from the purchase in the future. 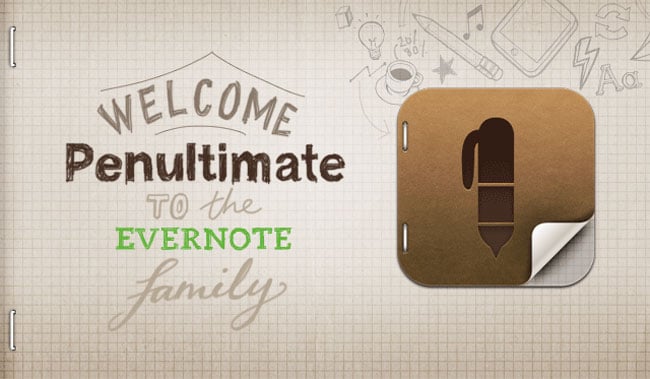 “We couldn’t be more excited that Penultimate is joining Evernote. Our team has been working on handwriting recognition and digital ink forever and it feels like for the very first time, the experience of writing on a tablet is actually great. That’s what Penultimate has done. Now that we can add Evernote’s technology and expertise, it’s about to get a lot more powerful. Just wait till you see what we’ve got in store.”

The details of the sale have not been revealed, but according to Apple’s iTunes App Store stats the Penultimate iOS app is the fourth most downloaded iPad app ever.