Evernote has just rolled out its highly anticipated update to Evernote version 5 for iOS devices which brings with it a completely new redesign which now makes all major functions accessible within two taps, with Quick Note buttons now situated along the top of the app.

Evernote 5 now sport s new home screen which lists all the major sections for easy reach, and makes create a new note or browsing to an existing one just as easy. Watch the video after the jump to learn more about the Evernote 5 app and see it in action. 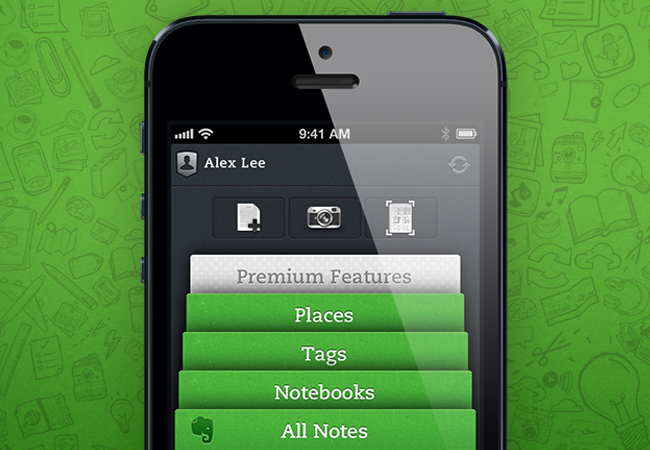 Evernote explains: “Evernote is a powerful app that’s used for a huge variety of tasks. Our team of graphic and interface designers spent months developing an approach that fit the needs of our users. From quick note takers to hyper organizers, the new Evernote 5 has you covered.”

Evernote 5 is now available to download from the iTunes App Store for free, with premium Evernote account also available for power users.

“Below the Quick Note buttons you’ll find a list of Views. Each is designed to help you get to your notes in the way that works best for you. We never dictate how users should organize their information, which means that some people rely entirely tags, others on notebooks, and others don’t use either. With this new design, we’ve found an elegant way to cater to everyone’s needs. Tap or swipe the green bar of a View to expand it to full screen, do the same to return to the home screen.”