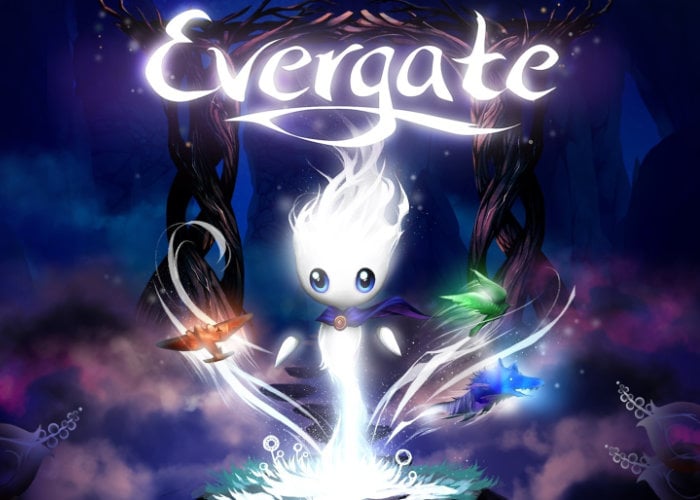 Indie developer Stone Lantern Games and publisher PQube Limited have this week announced the availability of their Evergate game on the Xbox platform. The launch of the game leverages Smart Delivery allowing access to both the Xbox One and Xbox Series X|S versions of the game when available. Check out the trailer below to learn more about the Evergate platform game. Evergate is also available to play on the Nintendo Switch, PC via Steam and PlayStation.

“Wield your Soulflame, unleash extraordinary powers, and dive into the touching story of two kindred spirits. Guide the child-like soul Ki on a journey through the beautiful and haunting Afterlife in this unique 2D puzzle platformer. Soulflame mechanic: Slow down time, take aim, and unleash the mysterious power hidden within every crystal you encounter with the unique Soulflame mechanic. Hit multiple crystals at once and experiment with how their energies combine. “

“Reveal the memories of a life left behind: Move across time and space to uncover Ki’s mysterious connection to another soul. Collect essence, unlock artifacts: Rise to the challenge and collect essence by completing challenges on every level. Use them to unlock ancient artifacts and boost Ki’s abilities. Dream-like art style: Gorgeous environmental backdrops paired with beautifully hand-drawn illustrations bring Ki and Evergate’s environments to life. Enchanting soundtrack: Enjoy an elegantly orchestrated original soundtrack, recorded by a live orchestra, and tailor-made for each environment.”

The game has been created thanks to a successful Kickstarter campaign and is a “passion project” for its developers, offering a “game made with all our hearts” they explain.