If you are looking forward to gaming using the new Oculus Rift virtual reality gaming headset, you might be interested in a new trailer which has been released this week for Eve Online EVR.

Eve Online EVR has been developed in Unity for the Oculus Rift, and has been created by CCP Games, the developer behind Eve Online and Dust 514. 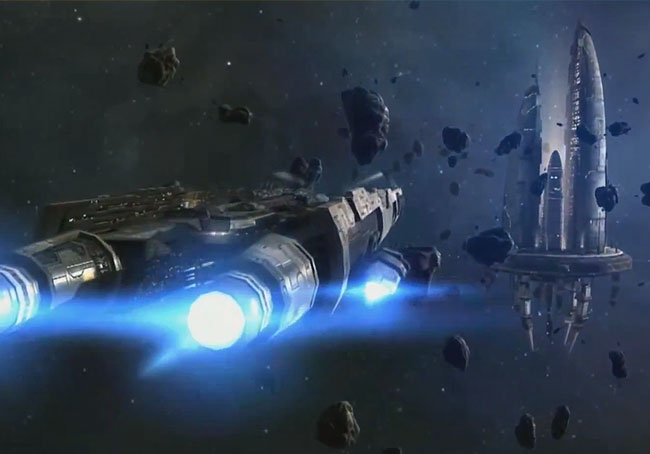 Eve Online EVR a first-person, multiplayer dogfighting game set within the Eve Online universe and has been specifically designed for use with the Oculus Rift virtual reality headset.

Eve Online EVR is still in the very early stages of development and Eve Online executive producer John Lander explained to PC Gamer : “6v6 instanced combat isn’t what Eve — with the whole single shard thing — is about,”-“Is there a way to work this in? We’ve got some really interesting questions to look at now.”

Unfortunately no information on worldwide availability has been released as yet for Eve Online EVR, but as soon as information comes to light we will keep you updated.

“For those who missed it on the official eve online fan fest 2013 stream, here is the Eve Online: EVR Trailer. EVR is developed in Unity for the Oculus Rift.”