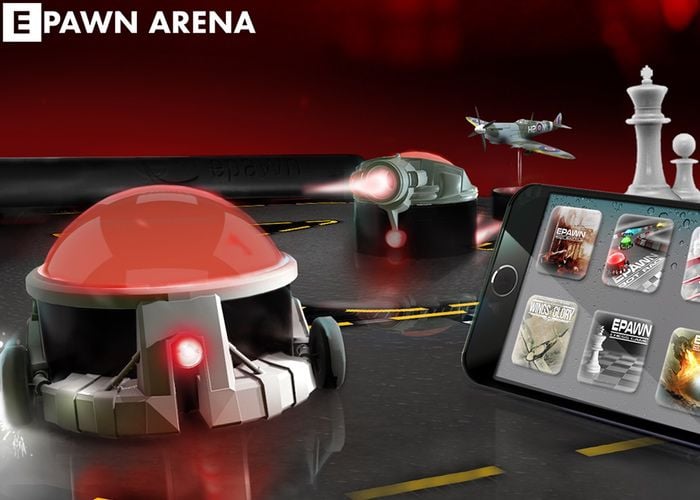 ePawn has launched a new connected gaming board they have created called the ePawn Arena that has been designed to connect mobile video games to real-world gaming pieces.

The ePawn gaming board is also capable of connecting to interactive robot toys and characters that can then be controlled from a smartphone or tablet device.

Watch the video below to learn more about the ePawn Arena gaming board and how it can take your games to the next level.

As convivial as a board game, ePawn Arena bridges real and virtual gaming by bringing back the simple thrill in the felling of touch. Up to eight gamers can play together by simply using WIFI connection to the ePawn Arena with their smartphones.

ePawn Arena a is a new kind of game console that combines board game, video game and interactive robots. Leveraging ePawn’s patented object localization technology, ePawn Arena interfaces with smartphones and tablets to allow gamers to use real world game pieces with their online and mobile games.

Players can enjoy immersive sounds and visuals to enhance the tabletop gaming experience.
Depending on the gameplay, they can easily control their game pieces with their smartphone or tablet.

For more information on the new ePawn Arena connected gaming board jump over to the Kickstarter website for details.