Will pet owners compete with their dogs for the TV remote in the near future? Seems likely if DOGTV becomes a hit. It’s a new channel that aims to keep dogs entertained, like a digital dogsitter. 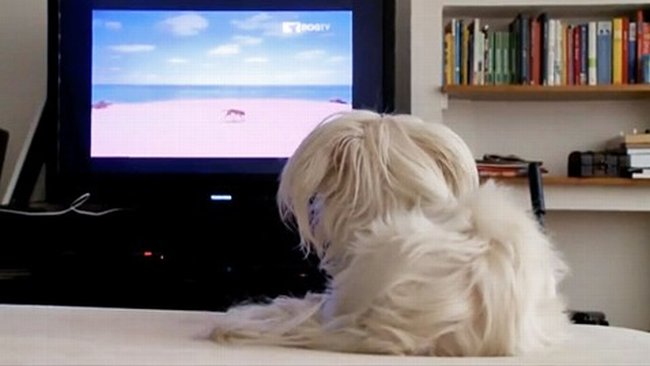 The channel claims to be scientifically-developed to provide the right kind of stimuli for dogs. It is grounded on the idea that canines, when left alone, are apt to feel anxiety, stress, and depression.

As such, the channel’s researchers have prepared three types of video-based input at lengths of 3 to 6 minutes: relaxation, stimulation, and exposure. These carefully-selected clips feature dogs in various kinds of environment.

Also, there are other sounds and visuals that intend to give dogs a sense of outdoor experience even while they are stuck inside a house for the day. For instance, a sample clip on the official website shows the view a dog might have of the passing sceneries if it were travelling inside a car with the owner.

While humans may notice the various kinds of visuals, researchers believe that it is actually the sounds that might get the dog’s attention.

Nonetheless, the people behind DogTV concede that they don’t expect dogs to have the same kind of viewing behavior as humans, that is, watching the tube for several hours on end. Rather, what the channel offers is simply a venue which can helps dogs feel less bored when the pet owners are away.